Skip to content
HomeThe PSD and its Subject-to-Tax Requirement

In the recent Wereldhave case (Case C-448/15), the CJEU was asked to shed some light on the subject-to-tax requirement of Art. 2(a)(iii) PSD.

[This post contains a short summary of an article which was recently published in Dutch in Internationale Fiscale Actualiteit, see below.]

TL;DR
– Art. 2(c) PSD contains a positive (subject-to-tax) and a negative criterion (not exempt)
– Exempt means: complete absence of tax, which is established by means of an express legal provision, permanently, in advance and irrespective of the profits received

In 1999 and 2000, Wereldhave Belgium (WB) distributed a dividend to its Dutch parent companies (Wereldhave International & Wereldhave). Both parent companies were fiscal investment institutions (FII’s), subject to a zero percent corporation tax in the Netherlands. The Belgian tax administration refused to apply the withholding tax exemption as provided for by Art. 5 PSD, on the grounds that the Dutch FII’s did not comply with the subject-to-tax requirement of Art. 2(a)(iii) PSD.

On the basis of these facts, two questions were referred to the CJEU. One (which will be discussed in detail here) concerned the interpretation of the subject-to-tax requirement:  “[Does the PSD preclude] a national rule that does not waive Belgian [WHT] in respect of dividend payments made by a Belgian subsidiary to a [Dutch FII], on the ground that the [FII]  is required to distribute all its profits to its shareholders and, subject to that proviso, is eligible for the zero rate of corporation tax?

The CJEU concluded that the FII’s did not comply with the subject-to-tax requirement on the basis of both a textual and teleological interpretation:

The Court’s findings, in combination with the AG’s opinion upon which it relied, can provide some guidelines for assessing future situations. 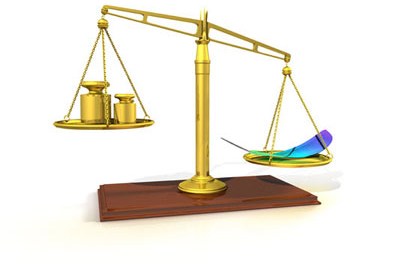 In addition, one can wonder how this case can impact the application and interpretation of other EU Directives. Note that the personal scope of both the Merger Directive and the Interest & Royalties Directive are drafted in a substantially similar way (by including both a positive and a negative criterion). On the basis of the principle of systematic interpretation, it would be logical that the CJEU would rule in a similar way when asked to interpret the analoguous provisions (Art. 3(c) Merger Directive & Art. 3(a)(iii) Interest & Royalties Directive).

This blog contains legal information for informational purposes and should not be construed as legal advice. You should seek the appropriate legal or other professional advice on the particular facts and circumstances at issue before you rely on this information.